Who remembers the Islander Village Drive In Theater in Key West (Stock Island)? 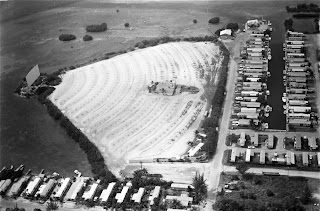 I have sold several homes in Islander Village on Stock Island. Most Key West residents have been to Islander Village at one point or another. Many members of the Key West labor force lives there. They are nice homes that are still affordable for the working local. But, does anyone ever wonder where Islander Village got its name? A lot of us do and we also remember going to the movies at the Drive in the subdivision is named after.

One of two drive-in theatres to open in the Key West area was the Islander Drive-In. It opened on February 28, 1953, screening the 1952 western “The Cimarron Kid” with Audie Murphy, Beverly Tyler and James Best, plus three color cartoons. The Islander Drive-In was opened by Joe Sirugo and he sponsored a contest to name the new drive-in theatre. Out of 470 entries, the $100 prize winner was Mrs. Mickey Renna with “The Islander Drive-In” as the winning name. When it opened it was said it had the largest screen in the state of Florida. A lot of drive-ins claimed that when they first opened. The parking ramps had a capacity of 650 cars with in-a-car speakers. Starting in 1960, it was operated by K. Gordon Murray & Joseph Fink (dba Murray and Fink Theatres) from Dania, FL. After they left the operators/owners are unknown. The drive-in closed in July of 1984, fell into spectacular ruin, and was finally torn down in 2004 to build the Islander Village which is multifamily modular homes. 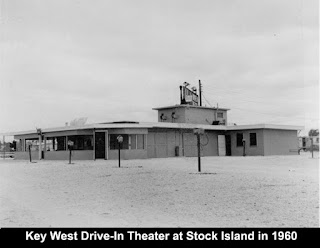 The Islander Drive-In lives on in Jimmy Buffett’s song, "Grape Fruit, Juicy Fruit," which is about "committing a little mortal sin at the drive-in." The song was inspired (so says Buffett on his live album "You Had To Be There") by taking a date to see the Rip Torn movie "Payday" (interestingly enough, about a country singer who has a tendency for extreme behavior), where they mixed up cheap Gilbey’s Gin with Welch’s Grape Juice to create Purple Passions, and then "had a good go at it." 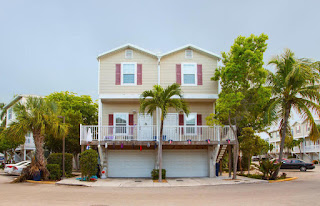 Next time you drive by Islander Village homes remember it was the site of the old Islander Drive In and was a lot of fun. You can own a piece of Key West history if you call me to buy a home in Islander Village. Any house in the Florida Keys is a great investment.