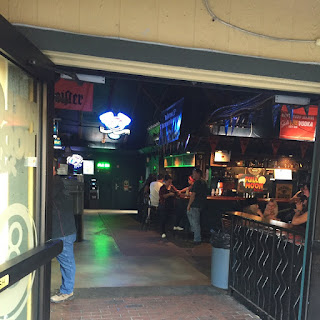 One of the things I commonly hear from buyers in town looking at Key West homes for sale is what a wild reputation has as a party town. We do have that reputation but it is not so much that way now. The millennial Realtors will talk about how crazy (The Duval Street Bars) Tattoos and Scars, Fat Tuesday and Irish Kevin's are. It kills me not to say "Child, you weren't born when Key West earned the reputation it is still living off of 25 to 35 years later. We still are a drinking town but unless you've had a drink at The Monster, Atlantic Shores, The Copa, Coral Shores Bar, WAX, (The original) Rumrunners, Boca Chica Bar or Full Moon Saloon you missed Key West's wild days. I was lucky enough to frequent all of them and survive. Let's talk about the Full Moon Saloon. Unfortunately there aren't many pictures of the Full Moon Saloon partly because there were no camera phones then and partly because the behavior that went on there was not something we want photograph proof of.

There are bars in Key West that open and close in a season, with no one realizing they’ve been there at all. And there are bars that almost effortlessly make a place for themselves in island history, that live on in the collective memory forever, their characteristics affectionately exaggerated with the years. The Full Moon Saloon was a bar of the latter sort.

The Full Moon opened its doors to the rowdy, raucous Key West of the late 1970s, and it could never have succeeded without owners Vic Latham and Sid Snelgrove. Big men with lived-in faces, they dispensed drinks and careless hospitality while carefully asking no questions of their patrons. Although they were joined by other managers in time, and even other partners, Vic and Sid were the Moon’s guiding force.

Key West in the late 70s and early 80s was a magnet for adventurers of all sorts — whether they were transporting dubious substances, heading for Afghanistan in search of a story for “Esquire,” or seeking the treasure of the Spanish Main. As the Moon’s popularity grew, its freewheeling atmosphere made it a natural gathering place for people in such irregular professions.

In my mind, the Full Moon Saloon will always be associated with Phil Clark. He introduced me to the place half a lifetime ago, when I was a shy 22-year-old naive in the ways of the world. A larger-than-life character who had then been on the island for more than a decade, he not only imbibed and socialized at the bar, but also used its convenient pay phone for low-voiced conversations about questionable enterprises.

Immortalized by Buffett in “A Pirate Looks at Forty,” Phil was one of the daring Keys renegades who always seemed on the brink of metamorphosing into a living legend. Seeking adventure, he had tried almost every hazardous occupation known to man — from mercenary soldier to gentleman smuggler to New York City advertising executive. The last, it must be said, gave him the largest twinges of conscience.

He and his cohorts drank at the Moon, argued about philosophy at the Moon, held uproarious birthday parties at the Moon and even, on occasion, dozed off at the big horseshoe-shaped bar.

Years later, when Phil died in Sausalito, donations from the Moon paid for his cremation and brought his ashes home. That’s the kind of place it was.

Like most denizens of the island’s old days, the Moon weathered many changes: moving from its original United Street home to new quarters on Simonton Street, finding its niche in a suddenly chic Key West, struggling to become a “serious” business. Nevertheless, when the 70s scammers evolved into the slightly bewildered survivors of the 90s, the Moon was still the place they went for a generous drink, a well-cooked meal, and a chance to ponder the legacy of their lives.

Yet in July of 1993, the Moon abruptly closed its doors. Sadly, Vic went to Chicago. Sid went to Costa Rica and other faraway locales. The long-time customers scattered.

Tax troubles, some said, led to the Moon’s demise. Others blamed the inexorable march of progress, or the zealous federales who had put much of its regular clientele behind bars of a different sort.

Although the property’s later leaseholders tried to capitalize on the Full Moon’s popularity by opening the “New Moon,” the attempt (predictably) was a failure.

Today, the Moon’s former building on Simonton Street sports pink awnings (!) and houses a wonderful restaurant called Camille’s. All outward traces of the bar are gone. 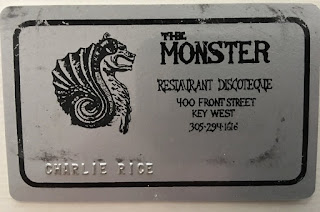 There is a walk down Memory Lane, which by the way, was another great Key West bar in the 80's. Come look at some Florida Keys homes for sale and I'll show you the former locations of all these bars that earned Key West it's reputation that it has now. If anyone under 50 tries to tell you about the "Glory Days" they didn't experience them. Ask them to see their Monster discount drink card.

Florida Keys home buyers be ready. Interest rates came down some but nobody knows how long this will last. Buy your home in Key West and the... 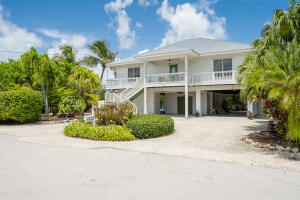